The Gude Bread Saw is the mother of all bread knives. Its size is expressed by well thought out proportions and finishing details. This bread knife has no equal. Because each scallop arch is hollow ground, no other bread knife made of any other steel from any other nation offers this same finish. This is not a surprise coming from the family who invented the grinding stones that create the scalloped edge. So of course they have enhanced the finish with hollow grinding each one.  Sadly while the bread knife is common knowledge throughout the world the Gude family’s connection is not.

The bread saw can be used for all types of breads also melons, squash, coleslaw, cruciferous vegetables and sauerkraut.

NOTES
Prior to Franz Gude’s design, the bread knife’s design had been attempted by many makers. The most successful was an exaggerated wavy single bevel attempt which while not succeeding in being a great bread knife it became the 19th century cake knife. Within years of Gude’s patent a North American patent was issued for another design for the bread knife emphasizing its sawing-like edge which has evolved into what is known today as the serrated blade (Image ).

The Gude (Image B) design of a scalloped arched edge has become the de facto blade edge of bread knives. Used by both the trade and in the home, the bread knife has become the most common task-specific knife known to this day. The American serrated edge designed by Joseph E. Burns (Image A) has proved itself as an effective frozen food knife and easy to maintain steak knife for trade use. 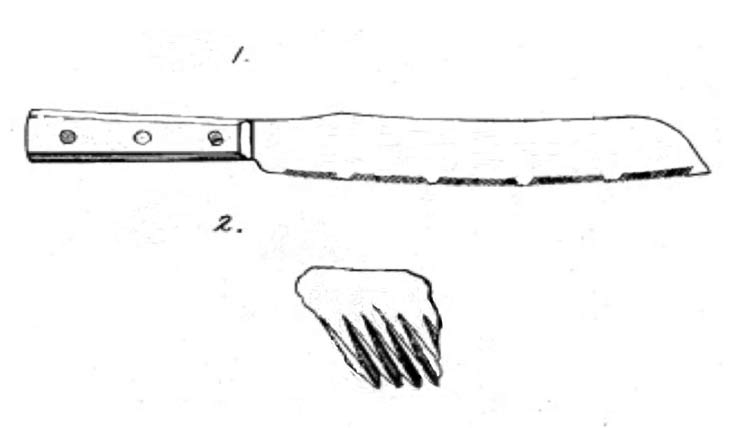 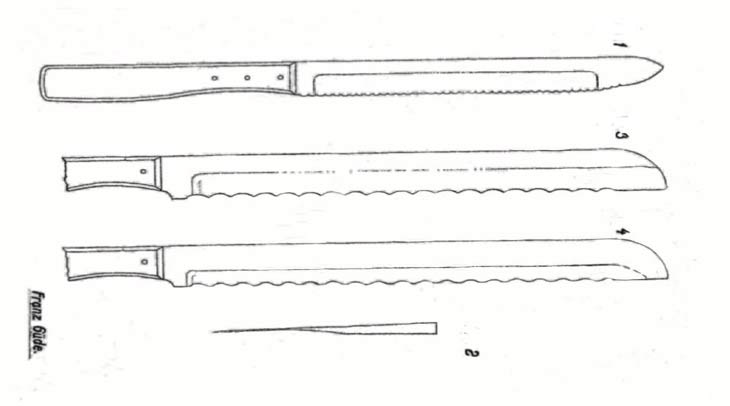